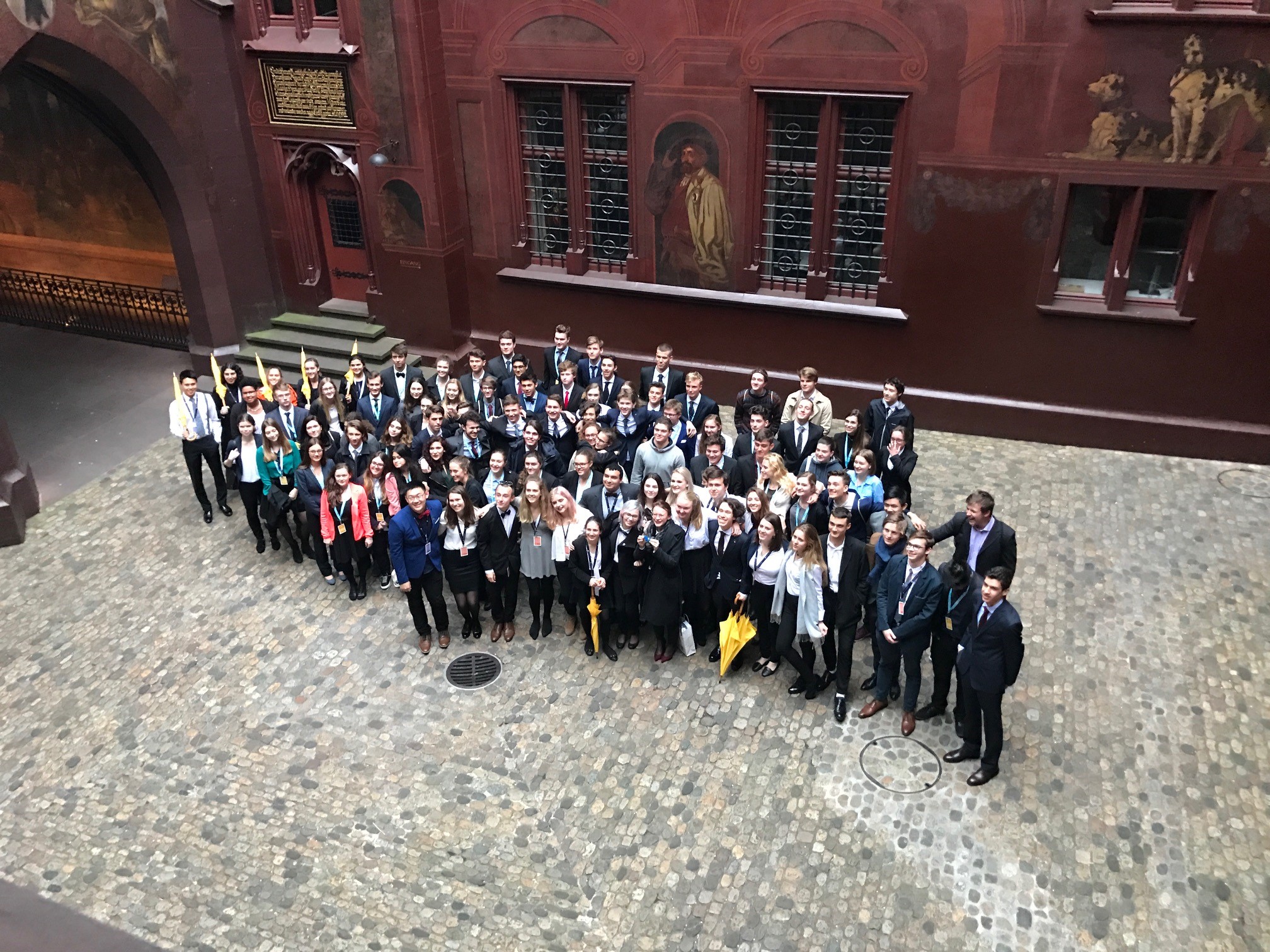 Thank you very much for this opportunity to say a few words to you after your General Assembly, which must have been thrilling, but also exhausting, when I look at your programme. I remember my experiences with the Swiss Youth Parliament and the yearly assembly of the Swiss Young Liberals. I recall long days and short nights, so I know what you’ve been through. And I also see the evidence of such short nights in some of your faces, but don’t worry, at your age the dark circles under your eyes disappear fast. All the more am I impressed about the variety and gravity of the topics you discussed over these two days.

These topics are of incredible importance for our continent. They concern the whole of Europe and it is motivating to see, that you care, that you are passionate about these topics and that you take responsibility by seeking and discussing possible solutions for the issues at hand.

I think usually these topics are the reason, why we start our interest for politics. We see the news, we are excited about one decision, we are disappointed or even angry about another. And we think: “I can do that too. I want to do that too. I want to have influence on such important decisions about my life. I don’t want others to decide about my life.” And so your interest in politics grows and you might even then join a political party. And suddenly, before you know it, you end up in a room like this with 99 other people who had the same thoughts and the will to influence the constant changes in our society. Unfortunately, such changes do not always go the way you want it, but it can be very satisfying when they do.

To be honest and as you can all imagine, not every discussion is as inspiring and important as Brexit or drug trade or freedom of expression, to name a few that I saw on your topic list.

And so I am very happy about my seat in this room, which is the seat over there. Not only is it the best seat because you have more space than anybody else in this room, but also, much more importantly, because the exit is very close and in case of such less interesting discussions, you can leave the room and the public, who are sat up there, will not notice. Neither does the camera over there. Well, you could leave the room, because of course we never have boring discussions in here…

I was very close to leaving the room one month ago, when we took around 45 minutes to discuss about whether the trees in our parks should be fruit bearing trees instead of broadleaf trees. Can you imagine the emotions we had in here? Practical, financial, even biological discussions about a few trees! Or let me tell you, that since I have been a member of this parliament, we discuss about public car parking spaces at least once in every session. You can change the constitution, raise taxes, discuss the future of our health care system – BUT never try to remove a parking space or you will have a very heated discussion indeed between car lovers and car haters.

During such less productive discussions I thought to myself a few times whether this was what I had signed up to and whether this isn’t just a waste of time, while you could sit outside, enjoy the sun or read a good book. As I am sure you all do too, I follow the international politics with great interest, have my opinion on certain head of states and make up my mind on some of the big challenges we face. And yet here we are discussing fruit trees and parking spaces?!

But a few weeks ago I had an enlightening experience. I was invited to a panel discussion about whether we should have a more vibrant life in a part of our city which is said to be boring and quiet. We discussed about the big issues: Whether the government should buy land, whether we should leave it to the free market, questions of area planning, where economic public use should have its space in our small Canton of only 37 km2. And then we gave the public the opportunity to ask questions. You know what a woman asked? “Why isn’t there a clock anymore after we had a construction site at the Dorenbach roundabout?” A roundabout here in the city near the zoo. In this moment, this missing clock was the most important issue for this woman. So she came to this event, invested her free time, took all her courage and asked the responsible member of our government about this clock.

If you look behind you, you can see a saying: “Salus publica suprema lex” – the well-being of the public is the highest law. Everybody who sits or stands here and speaks cannot miss this saying. And I am very grateful to the artist who painted this saying up there. As Madam President told you, every member of parliament represents 2’000 people. 2’000 people who care about the small issues as much as the big ones. Who expect us to solve also the small problems like missing clocks, not only the big ones. Do not ever forget that!

And if you ask yourselves why? Why should we sit in parliaments and panels hour by hour discussing about small problems? It’s simple: Why should somebody trust you with the big issues, if you aren’t even able to solve the small ones? If you are able to return this clock to the Dorenbach roundabout, this woman might just trust you about solving a much larger problem, such as our pension system. You can bet that most of our leaders around the world had to solve the small problems first. Barack Obama, Angela Merkel, François Hollande, Theresa May. They all started on small feet as you do here. Except if you’re Donald Trump, of course. Then you will do whatever you want anyway. But as I have trust in your rationality, let’s do it the old fashioned way.

And how do we do that? Madam President told you about our coffee bar. Coffee is very important. Not only because of the dark circles under your eyes, but because it’s the opportunity to talk together. Talking together is important. As much as listening is. Only by talking and listening will you understand what the small issues are. And you will learn how others think and feel about the issues.

Let’s take an actual example: I think you heard about Erdogan and his ministers traveling around Europe and speaking to the Turkish community. Erdogan and the Dutch prime minister Mark Rutte spoke together through the newspapers, insulting each other, so that police had to stop the Turkish Family Minister in Rotterdam. What a mess! It will take years to bring the relationship of these two countries back to a good level. What did our Foreign Minister Didier Burkhalter do? He called his Turkish colleague, they wrote SMS together – they talked together. And what happened? The Turkish Foreign Minister had the possibility to cancel his travel to Switzerland himself and could save his face. As half-italian I can tell you, saving  face is important not only for people from the Mediterranean, but for all of us. Who wants to be publicly embarrassed? If we want peaceful and enduring solutions for our problems, no matter how big or small they are, we need to find the common ground. And we only find this ground if we talk together. The more different the opinion of your counterpart is, the more important it is to exchange your views. So you and you should talk together afterwards. Because usually in parliaments we have the left politicians on one side of the room and right politicians on the other side. This parliament is especially good in that regard, because we do not sit in political blocs like other parliaments, but according to our constituency and the election result of our party and ourselves. That’s why I have Socialdemocrats in front of me instead of party colleagues, which fosters and stimulates the exchange between the parties. And that’s why the president of the council has a bell, for when the exchange gets to loud – which, I must confess, happens a little too often.

So, care about the big issues, as you did today. But don’t forget the small issues which are equally as important for the people. Hang on also in your personal fruit-tree-parking-space-moments. It’s worth to be persistent. And most importantly: Exchange thoughts, opinions and rationales together as much as you can, it will open your horizon to understand others views.

I wish you all success for your personal and your political life.